With the beginning of October, we're enjoying Oktoberfest in full swing!

Originating on October 12th, 1810, the festival began as a celebration of the marriage of the crown prince of Bavaria, who later became King Louis I and consists of eating a whole lot of food (Sausages and Grilled Chickens are a staple!), dancing and of course, drinking a whole lot of beer!

The original festival takes place in Munich and typically hosts over 6 million visitors over 2 weeks. With most of us celebrating locally, we've got a list of things to do in Hong Kong to celebrate Oktoberfest!

(Keep checking back for updates!) 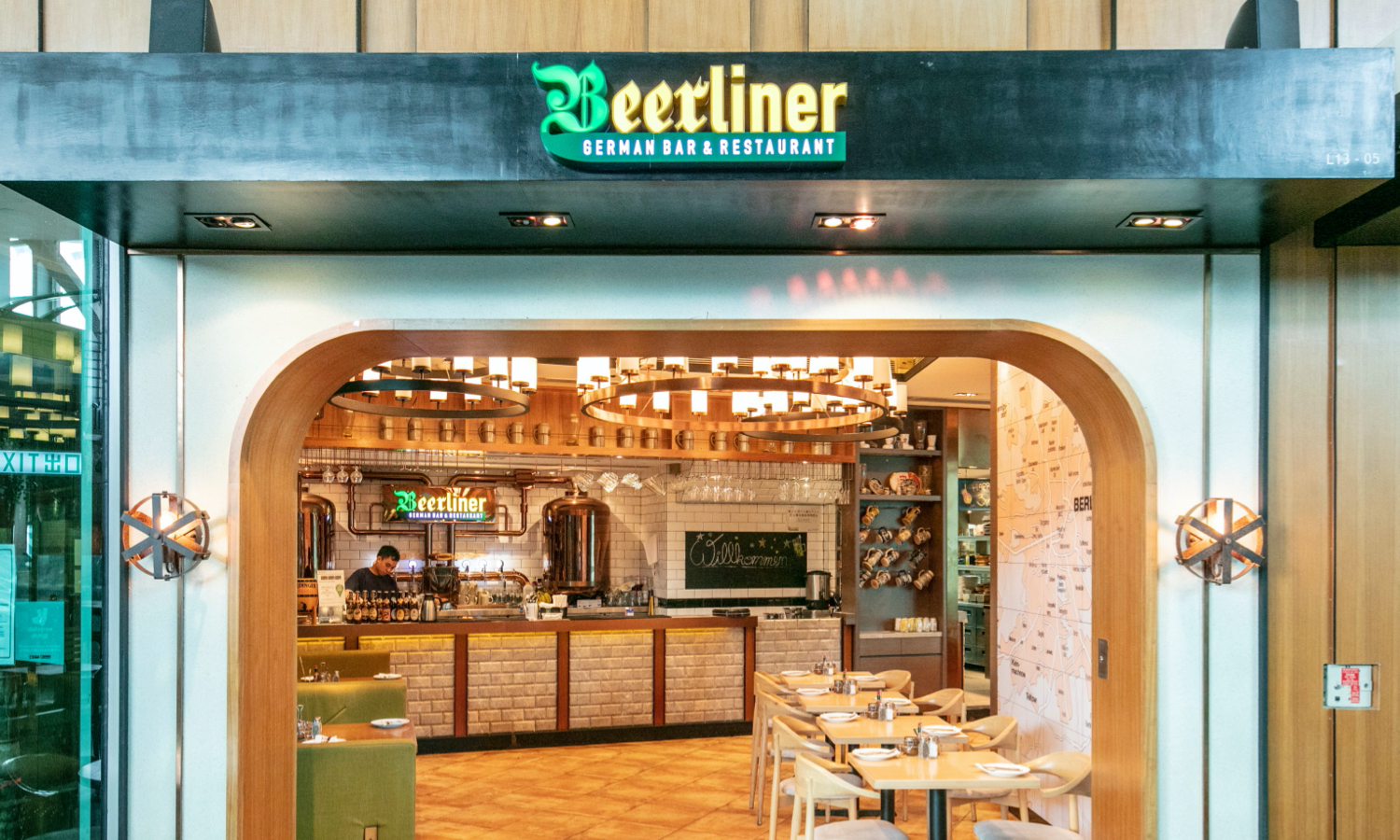 Throughout October, Beerliner will have a special combo available at both their Langham Place and Tuen Mun Town Plaza locations. For $298 per set, including an Erdinger Dunkel or Erdinger Weissbier, order a crusted dry-aged rib-eye steak with thyme-butter sauce, smoked salmon cake, and potato salad, or roasted suckling pig with smoked pork loin, pork cheeks in stout sauce, mashed potato, and salad.

On the 29th and 30th of October, DEADMAN Brewery will conduct its first Oktoberfest beer festival, focused on brews created in Hong Kong.
Six tokens and a beer glass are included in the entrance charge ($380 per person). You can swap the tokens for a drink or a portion of German food like sausages or pig knuckle. There are three sessions in total.
The first session is German Style on Friday, 29 October from 6pm (with additional beers from Moonzen, H.K. Lovecraft, Black Kite and Hong Kong Beer Co).
On Saturday, 30 October, there are two sessions – first is Hoppy Style from 1– 6pm (with Moonzen, Hong Kong Whistle, Double Haven, Black Kite, Hong Kong Beer Co and H.K. Lovecraft) and then Sour and Free Style from 6pm (with Moonzen, Tai Wai, Black Kite, Hong Kong Beer Co, H.K. Lovecraft and Neonotic Cidery).

Oktoberfest comes to the Kerry Hotel in the form of Docktoberfest. Join the party for three hours of unlimited beer and the option to purchase additional classic German Oktoberfest dishes, including crispy pork knuckle, pork schnitzel, and a wurst plate. At 7 p.m. and 8 p.m. each night over the weekend party (14-17 October), games such as stein holding will be held. Priced at $250 per person for three hours of free-flowing draught beer (Stella Artois and Löwenbräu), but remember to take advantage of the early bird special of $230 for pre-paid tickets purchased one day in advance.

From the 4th through the 16th of October, take a seat in The Murray's Beer Garden on the upper-ground level for the Garden Oktoberfest, which will feature a variety of quality beers and German gourmet food.

Tickets are $100 (+ 10%) till September 30 ($125 after that) and include one pint of beer. Gweilo Oktoberfest Märzen, Gweilo Oktoberfest Helles, and a Young Master Festbier Märzen are among the highlights, with pints ($78), half pints ($58), and one litre steins ($138) available. There will be pig knuckle with delectable pickled red cabbage ($225), Nürnberger sausages with sauerkraut and mash ($95), bretzels ($30), and live entertainment, as well as a dog-friendly setting.

The Kinf Ludwig Oktober Pass is now on sale for $580 for six glasses of draught beer, two signature mocktails and two snacks, featuring a great range of German beer that includes light lagers, Bavarian wheat Weissbier and rich and roasted Dunkel. Snacks include squid rings with garlic dip and salted egg popcorn chicken. A fully redeemed beer passport can then be used as a $50 cash voucher for more beer or food. Available now and redeemable until 30 November. They have mentioned that this offer is available at all their locations, so make sure to take advantage of this great deal!

Come and join in the fun this weekend and watch some dragonboat races while sipping on some fresh cold brews provided by Black Kite Brewery and Neonotic! Cidery. The event starts at 8 am and will run until 6 pm, with races to watch throughout the day. Make sure to head over to Tai Pak Beach, grab a drink and enjoy your weekend the right way! Black Kite Brewery are celebrating the re-launch of one of their classics -
Oh, Bacon!
A smoky breakfast beer made with a combination of six different malts including Vienna, Crystal and beach-smoked Barley.
Pairs perfectly with a stack of pancakes.
Get a pint first at their re-launch event coming up at The Globe HK.

Come and enjoy a special edition brunch menu, paired with the perfect all-day breakfast brew.
For those who purchase the pairing of The Globe's special Brunch Menu, you will also be entered into a raffle to win some Black Kite merch!